Little girls everywhere would like to experience the magical scenes from their favorite movie Frozen especially the memorable ones and the Disney Frozen Elsa Magical Musical Gloves make this dream a little bit more real.

One of the most memorable scenes from the movie is when Elsa comes into her own. 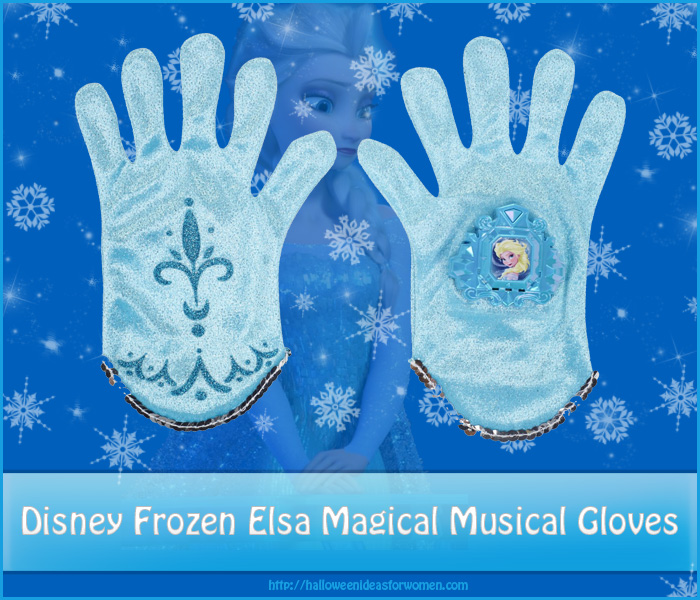 In the movie Frozen Elsa unintentionally reveals her secret powers to her kingdom, of turning everything she touches into ordinary Frozen objects.

She then runs far away in hopes that she will never be found again.

Once Elsa is free  she turns the snow at the top of the mountain into an enormous, breathtakingly beautiful palace made entirely of ice.

As she sings the mesmerizing song “Let it Go”, she is transformed from her lifeless colors into a stunning ice blue gown that sparkles.

For the first time she is in total control of her powers and of the world around her.

This memorable scene from the movie can be acted out over and over again in your little girl’s playtime as she portrays herself as the Snow Queen wearing a pair of the Disney Frozen Elsa Magical Musical Gloves.

Your little snow princess will magically get Elsa’s ice powers once she puts on the musical magical gloves and pretends that she is able to turn simple objects around herself into ice.

These beautiful gloves feature a sparkling glitter print along with sequin trim and play the Disney Frozen song “Let it Go” and the gloves also make ice twinkling sounds as the gloves are motion-activated.

***Important Note***
After first purchasing the Disney Frozen Elsa Magical Musical Gloves you might not be aware that if you take a look at the inside of the music box glove there is a switch that flips the music from DEMO to ON. Make sure you remember to do this or your little princess will be very disappointed because all she will hear is 2 seconds of music. 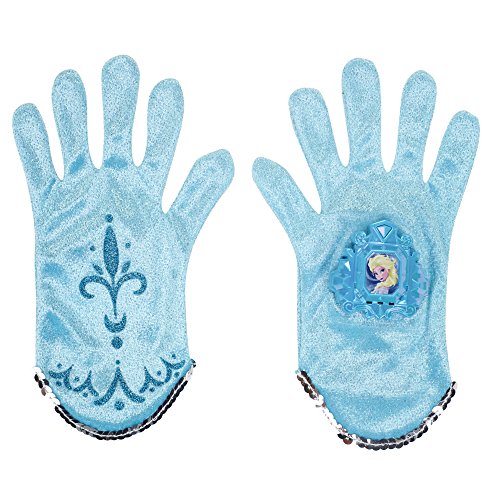 The Disney Frozen Elsa Magical Musical Gloves make the perfect accessory for your child’s Disney Frozen Elsa dress or costume collection. Whether you are buying these gloves as a gift or an important accessory, your little princess girl will simply love these magical musical gloves.

If you are interested in getting a few accessories for little girl’s Frozen Elsa Costume you might want to take a peek at some of our other Frozen Costume pages below.

Are you still looking for more Fortnite Halloween Costumes? On this page you'll find plenty of … END_OF_DOCUMENT_TOKEN_TO_BE_REPLACED

Are you looking for Deadpool Costumes For Women? On this page you'll find plenty of gorgeous … END_OF_DOCUMENT_TOKEN_TO_BE_REPLACED

Are you looking for Captain America Costumes For Women? On this page you'll find plenty of … END_OF_DOCUMENT_TOKEN_TO_BE_REPLACED

Are you looking for Fortnite Cosplay Costumes and accessories for adults and kids? Below you'll … END_OF_DOCUMENT_TOKEN_TO_BE_REPLACED

Are you looking for Mermaid Halloween Costumes For Women? On this page you'll find plenty of … END_OF_DOCUMENT_TOKEN_TO_BE_REPLACED

Are you looking for Sally Nightmare Before Christmas Costumes? You'll find plenty of costumes for … END_OF_DOCUMENT_TOKEN_TO_BE_REPLACED

Are you looking for a Jack Skellington Costume For Men? You'll find plenty of Jack … END_OF_DOCUMENT_TOKEN_TO_BE_REPLACED

Are you looking for a Female Jack Skellington Costume?   Which Female Jack … END_OF_DOCUMENT_TOKEN_TO_BE_REPLACED

Are you looking for a cool Inflatable Pirate Ship? On this page you'll find plenty of inflatable … END_OF_DOCUMENT_TOKEN_TO_BE_REPLACED